This sensor can be used to ultrasonically range distances between 2cm - 400cm with an accuracy of up to 3mm. 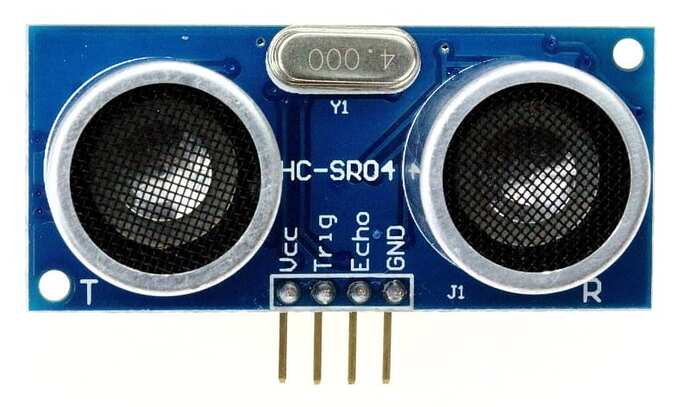 Usage
The sensor is used by sending a trigger signal to the sensor and then listening on the echo pin for the response. The sensor will drive the echo pin high for a duration equivalent to the measured range.

Extra information
Due to some overhead in the applications run in the Appivo platform, it is not possible to achieve 3mm accuracy. The accuracy will be closer to a couple of cm with occasional erroneous measurements. This means that the best practice is to perform a measuring cycle where several measurements are performed and then filtered for outlying values and then averaged.

Sample code
In order to read the value from the sensor with consistent times, it is best to utilise a technique called busy-waiting. This means that you continuously poll the device to see if it has changed state.

As mentioned in extra information, it’s good practice to perform several measurements and then filter the results for any outliers in order to get a good reliable result. Following is an example of filtering using standard deviation to remove outliers that are not within 2 σ of the average value (this will include roughly 95% of all the measured values)